GraalVM has caused a revolution in Java development since it launched three years ago. One of the most discussed features of GraalVM is Native Image, which is based on an ahead-of-time (AOT) compilation. By Alina Yurenko and Karsten Silz. 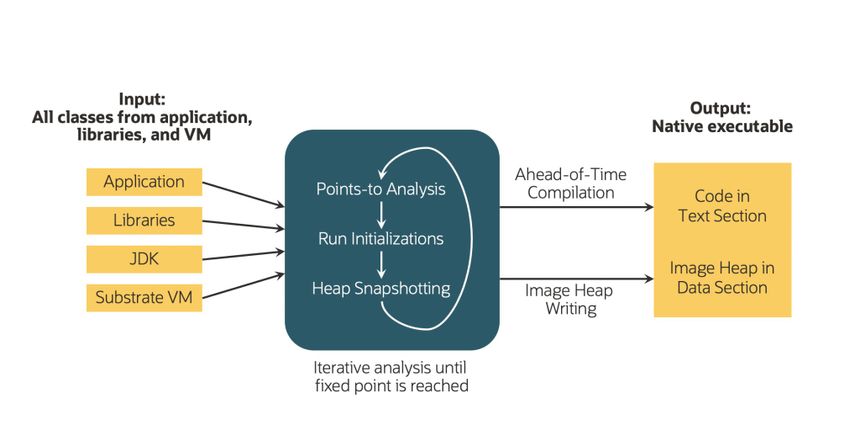 Java dominates enterprise applications. But in the cloud, Java is more expensive than some competitors. Native compilation makes Java in the cloud cheaper: It creates applications that start much faster and use less memory.

The article then walks you over:

… and much more. We liked the comparison of startup time effect of native image modes and JIT.

A native executable requires neither the JVM and its JIT compilation infrastructure nor memory for compiled code, profile data, and bytecode caches. All it needs is memory for the executable and the application data. Typical savings looks like 200 MB in JIT mode vs. 40 MB for the native executable. Good read!